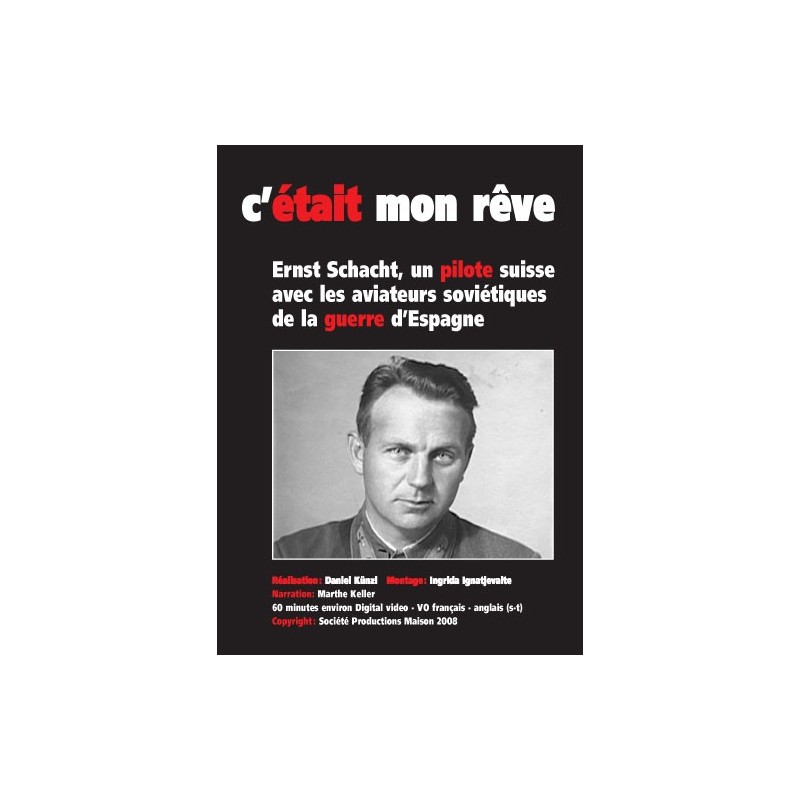 A swiss pilot in the spanish civil war

A swiss pilot in the spanish civil war

On 7 November 1936, Madrid is about to fall into General Francos hands. Suddenly, a Russian squadron appears above the city. Supported by the international brigades, they manage to rebuff the attack.

This film, based on testimonies - some of them never before published - tells the secret story of Soviet pilots sent to fight in the Spanish civil war. It centres on the Swiss aviator Ernst Schacht, commander of a bombers squadron.

On his return to Moscow, he is honoured by Stalin... and later executed on Stalins orders following the German attack on the USSR. A fate shared by several of his comrades- in-arms !